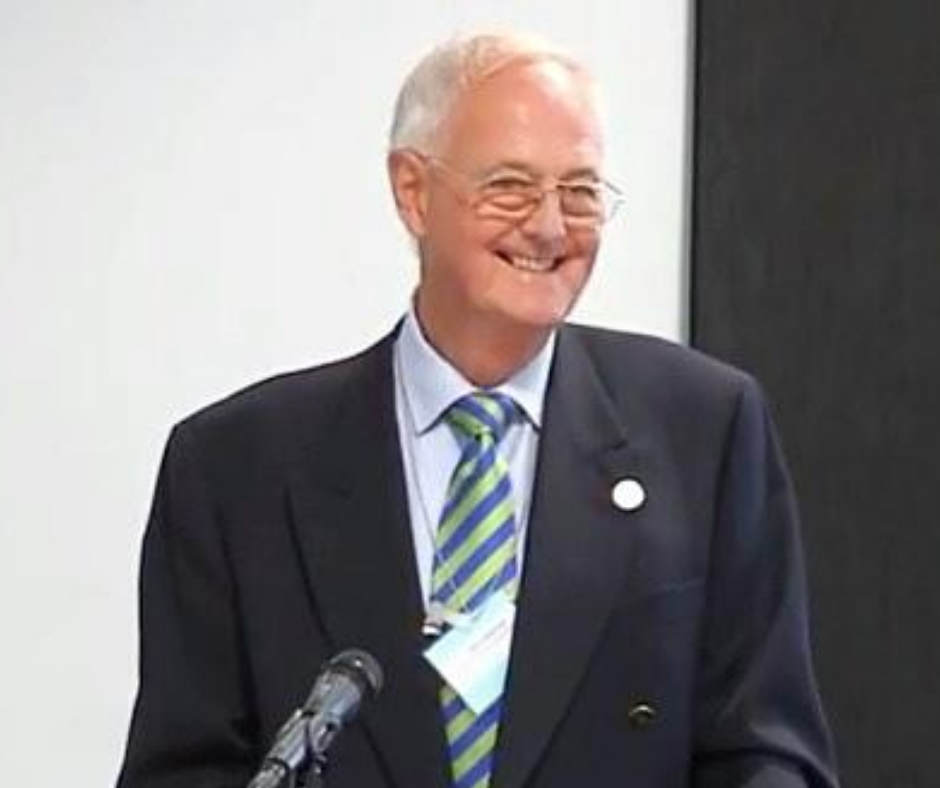 "For me, Paget’s came on the scene after going to the doctors with a painful leg and knees.

My golf days had become difficult and in the nineteenth (golf club bar) my friends would advise that a knee clean out was the solution. They spoke from personal experience, and after lots of nagging, I finally visited the doctors which was a rare occasion (perhaps it’s a man’s thing).

A referral to the hospital and x-rays indicated two bad arthritic hips and Paget’s in my right femur.  My consultant at the time didn’t recommend any treatment for the Paget’s disease. I did have a PSA blood test (a test that can help diagnose prostate problems, including cancer). After more visits to the hospital, I was diagnosed with aggressive prostate cancer. It was like a baseball bat hitting me between the eyes. It certainly put Paget’s on the back burner."

"Of course, the leg pain did not go away and it was two years later that a consultant at my local hospital decided on Pamidronate infusions, 30mg once a week for six weeks.

My pain worsened and following a very informative phone call with the Paget’s Association’s nurse, my doctor spoke with my consultant. Urgent x-rays were carried out revealing a pathological fracture (caused by disease rather than injury) which was immediately surgically repaired with a plate and screws.

I had two weeks in hospital and six months when I could not put weight on my right leg. With no physiotherapy, there was substantial muscle loss. The fracture took approximately two years to fully heal. Detailed viewing of my earlier x-rays showed numerous insufficiency fractures (a type of stress fracture sometimes caused by normal stress upon weakened bone).

I still had two bad hips and a new hip was suggested for my left side, which was thought to be Paget’s free. After a long meeting and an anaesthetic assessment for a new left hip, it was recommended I seek the help of the Association in finding a consultant who was particularly interested in Paget’s disease. Nottingham City Hospital was recommended. This is now a Paget’s Centre of Excellence and I have never regretted the move.

After further x-rays, scans, and blood tests revealed no pagetic activity in the left hip, I was given the go ahead for its replacement. I still had pain, one bad hip and Paget’s disease. It was impossible to identify which, if not both, were giving me pain." 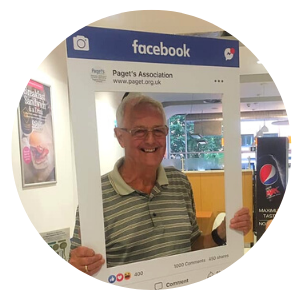 "I have attended the Paget Association’s Annual General Meetings since 2010, and on all occasions felt them to be very informative and supportive, with presentations covering all aspects of the disease. With my pagetic history, I have been personally interested in topics relating to hip replacements, particularly with my having a repaired femur (plated screws) along with insufficiency fractures and the non-union of my fracture site. I was repeatedly informed that this would not be conducive to surgery. It was not until the Norwich Paget’s Information Day and AGM that one of the presenters recommended a fellow surgeon, who could possibly help me. A referral from my doctor and twelve months on I have a new right hip and no pain, thanks to the team at Nottingham City Hospital. It’s been a long ten years.

I am now retired and have time to give my help and support to the Paget’s Association. It is the least I can do for all the varied and continuous help the Association has given me over the years." 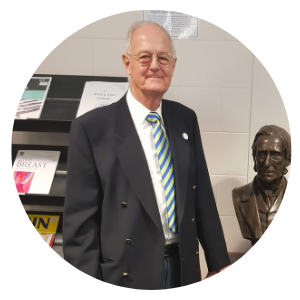 Keith struggled with Paget’s disease for several years and has been unfortunate enough to suffer complications, which led to surgery on his femur (thigh bone) to repair a fracture. He endured several months when he could not put weight on his right leg. He also has osteoarthritis and the effects of both this, and Paget’s disease, meant that ten years ago he had to give up playing the sport he loves - golf.

A decade on, following several operations including two hip replacements, Keith finally felt able to attempt his first round of golf.  For this significant achievement to mean even more, he decided to put his efforts to good use and raise funds for the Paget’s Association, who had supported him through his problems.

With the encouragement of all his supporters, Keith succeeded in playing 18 holes of golf at Sleaford Golf Club. Keith said, “It’s been ten long years but finally, I have achieved my goal of getting back to playing golf, it’s just magic.”

Keith was kind enough to give a presentation at a Paget's Information Day about his experience, which you can watch here

Learn More About the Support we Offer

Here is a short video filmed at a Paget's Information Day explaining the role of the Paget's Association.  To find out more about how we provide support for members like Keith, please click here