Home » Take Part in an Event 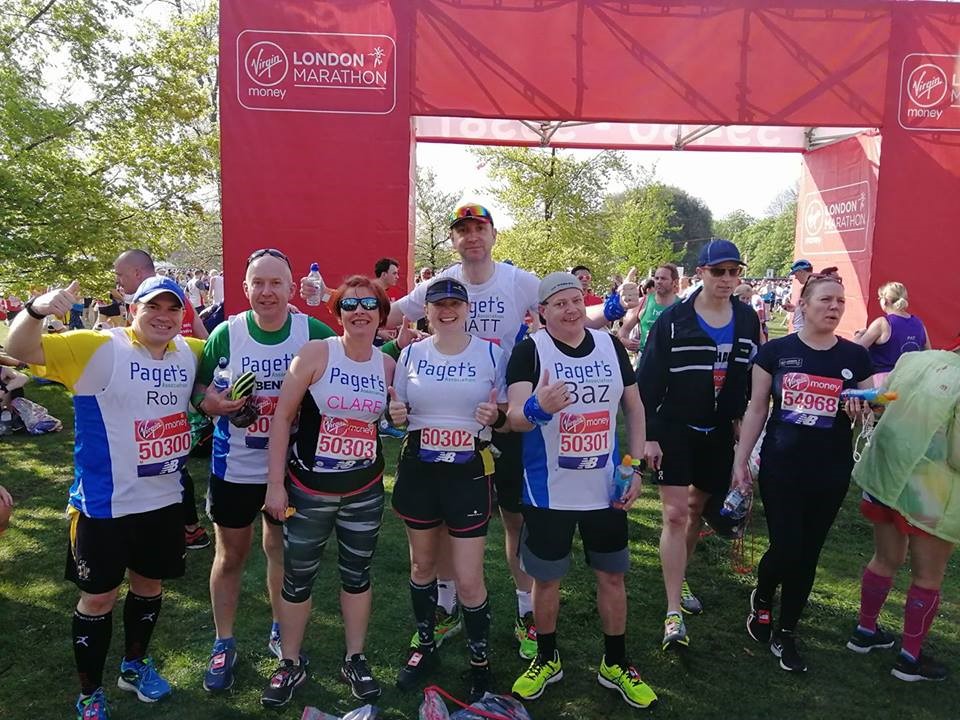 The Paget's Association has places in the London Marathon 2022, details of which will be available here very soon.

The London Marathon is one of the biggest running events in the world.  The race is currently sponsored by Virgin Money and named the Virgin Money London Marathon.  It is set over a largely flat course around the River Thames, beginning at three separate points around Blackheath finishing in the Mall alongside St. James’s Park.

In addition to being one of the top five international marathons run over the traditional distance of 26 miles and 385 yards, (42.195km) the London Marathon is also a large celebratory sporting festival with around 50,000 amateur, club and fun runners taking part in the event this year.  Many of these participants run to raise money for their favoured charities.   Since 1981 the event has raised over £1 billion for charity.

Brendan ran for his Grandad 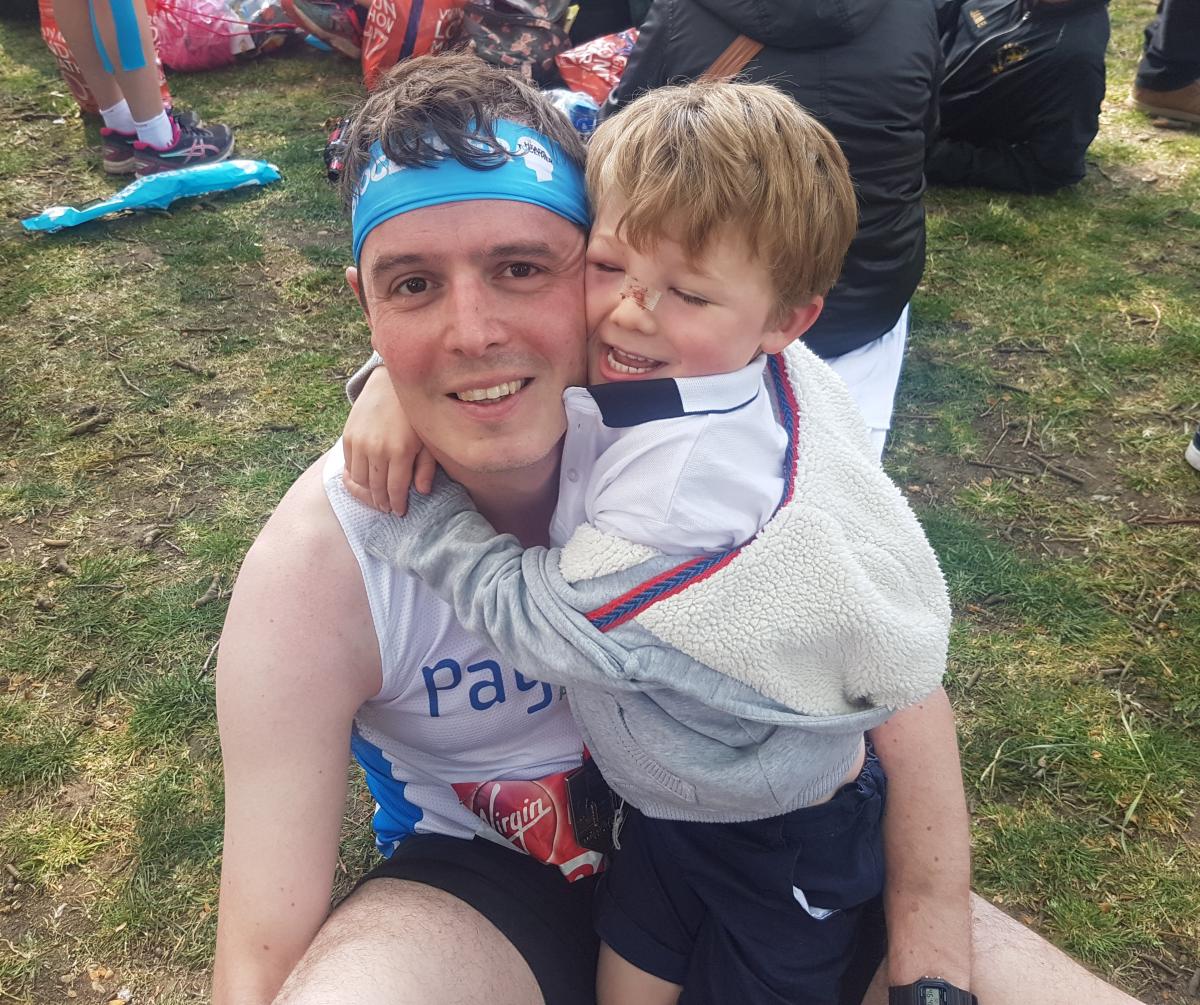 Brendan ran the London Marathon in memory of his grandad, Frank, who had Paget's disease, as did his great grandad. Brendan watched his grandad deteriorate from an active person, who went ballroom dancing 5 times a week, to someone who relied on an electric scooter to get around. Brendan explains:

"Prior to his death, my Grandad was an avid supporter of the Paget’s Association and I know he appreciated the support they offered. He took part in various Paget’s treatment research projects, and raised hundreds of pounds for the Charity, through raffles and cake sales (expertly crafted by my grandma) at local dances. The fundraising even continued after his death, as we donated £300 to the Paget’s Association, collected in donations at his funeral.

As a teenager, I was a competitive runner, competing at county level up to the age of 15. At this point, I drifted into other sports and haven’t really done any training for around 20 years. I’ve always wanted to run the London Marathon but have managed to come up with various excuses over the years as to why I didn’t. The need to dedicate time to training for one, be that work commitments, children or home improvements. I’m at the point now that I don’t really have any excuses left and as my Grandad suffered from hereditary Paget’s disease, there is a chance it could affect me too. I decided that if I didn’t take the plunge now, it would only get harder and harder each year that I left it.

I'm pleased to say that I completed the marathon in 4 hours 46 minutes. It was slower than I wanted but I couldn't train for the final 3 weeks due to a foot injury, so I'm just glad I managed to make it round. I've had some great support and raised £1,122 for the Paget's Association. Unfortunately, we spent the Friday evening before the big day, in the Accident and Emergency department with my son (he's called Frank, after my Grandad) after a fall at school, hence the stitches on his nose. It wasn't the best preparation for Sunday!"

The Paget's Association would like to thank Brendan and all our runners for their fantastic efforts.

If you are interested in running for us, please get in touch.

Could you run for Paget's in an event?

If you are taking part in an event and fundraising for Paget's, do send us your photos and training news for publication on this website and in our newsletter. Contact us >

If you are taking up any other challenge why not consider raising funds for Paget's at the same time? Paget’s running vests and cycle wear are available to order for events.  For the current event, see the news section of this website or contact us for details.