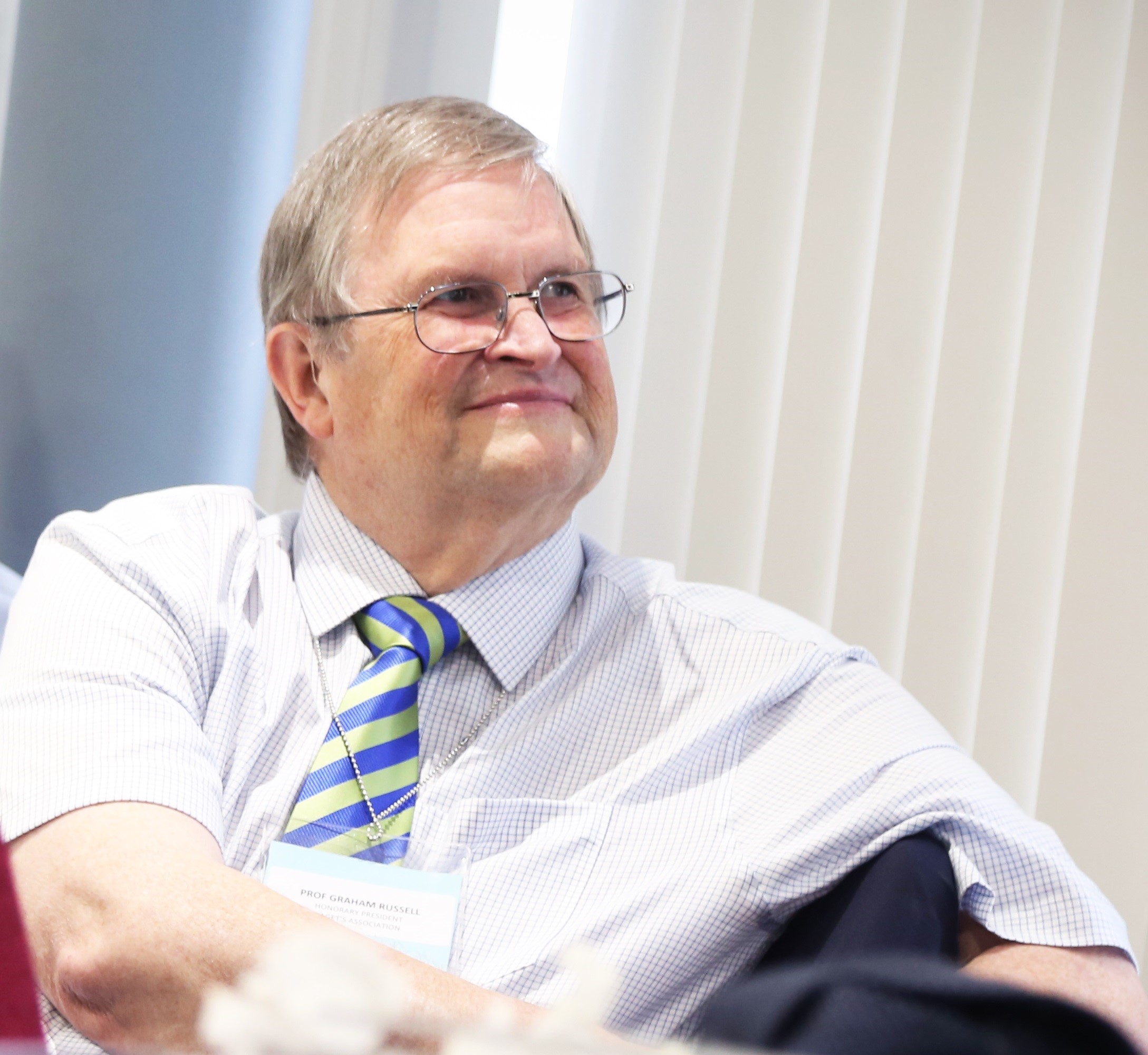 - for his Pioneering Role in the Discovery and Study of Bisphosphonates

Honorary President of the Paget’s Association, Professor Graham Russell, is this year’s recipient of the prestigious Sir James Black Award, presented by the British Pharmacological Society.

The announcement in June from the British Pharmacological Society states, “The Sir James Black Award for Contributions to Drug Discovery recognises Professor Graham Russell’s pioneering role in the discovery and study of bisphosphonates, which have become the most widely used class of medicines for treating disorders of excessive bone resorption, bringing benefits to millions worldwide.”

The award is named in honour of the eminent Scottish scientist, James Whyte Black, who discovered two major medicines: the first beta-blocker (propranolol) and the ﬁrst selective histamine H2 antagonist (cimetidine) for the treatment of stomach ulcers, for which he received the Nobel Prize in 1988.

Graham was elected an Honorary Fellow of the British Pharmacological Society (HonFBPhS) in 2019. He told us, “I am delighted and honoured to have received this award. James Black was a household name in the world of pharmacology, and he is a scientific hero of mine. “

Paget’s disease was the first bone disorder in which bisphosphonates were used and shown to be highly effective at reducing abnormal bone metabolism. Together with Dr Roger Smith, in Oxford, Graham first reported on their remarkable efficacy in the Lancet in 1971. Many different bisphosphonates have been studied and developed since. Today, they are still the medicines most commonly used for treating Paget’s disease, with zoledronate being preferred because of its potency and long duration of action.

In 2019, a conference was held in Sheffield, to mark the 50th anniversary of the discovery of the biological effects of bisphosphonates. It was attended by more than 200 scientists and clinicians from around the world, many of whom had played a part in the early research and subsequent use of these medicines.

For many years, Graham has been a dedicated Trustee and President of the Paget’s Association. The Chairman, Trustees and Staff would like to congratulate Graham on his fantastic work, which led not only to this Award but also to the relief of suffering for many patients.